OUR VALUABLE BOARD MEMBERS

Patrick LynchBoard Chair
Business Patrick is the Vice President of Global Operations for Careerminds, a global outplacement consulting firm. Patrick has also had senior marketing and sales positions with leading consumer product companies such as Georgia Pacific, Kao Brands, Kraft/General Foods, and The HON Company. Patrick has a B.A. from The University of Michigan and an MBA from Michigan State University.

Special Pops Tennis  Patrick became involved with Special Pops Tennis in 2010 after visiting the Summer Games to see the son of a friend compete. It was at that event that Patrick knew he had found a new home serving and connecting with the adaptive needs community. Since that event, he has since become the Site Coordinator for The Special Pops Tennis East Roswell Park Academy, a Special Pops Tennis board member and a Basketball Coach for Special Olympics (it gives him something to contribute to during the cold weather months).

Marcy Hirshberg Nominations/Community Relations
Business MBA in Marketing from Emory University. Founder and President of NetKnacks Tennis for over 25 years. Following the sale of NetKnacks to Pinnacle Promotions, Marcy has become a member of the Board of Directors of CCOS Charity Guild, USTA Southern, USTA Georgia, and Georgia Professional Tennis Association. She is also the Chair of the USTA National Adaptive Tennis committee.

Pete CallahanRisk Management/Legal/Major Donors/Giving Campaigns
Business  Pete’s 40-year business career includes sales, sales and marketing management, and business unit management in the specialty chemical industry. Most recently, he has been President of Atlanta Storage Concepts, Inc., a warehouse equipment company. Pete has also been a volunteer and member of the board of directors of an Atlanta area charity focused on serving the needs of homeless children.

Special Pops Pete has been a SPT volunteer since 2009, certified Special Olympics Georgia coach and Unified partner. Member of ALTA and USTA. Elected to Special Pops Tennis Board of Directors in 2015. Past board experience includes the ALTA Foundation as well as the Country Club of the South Charity Guild. Currently involved with overseeing a 14-person volunteer group for Meals on Wheels through Senior Services of North Fulton. And in the planning stages of working with 20 friends on a Thanksgiving and holiday program for a group home through Children’s Restoration Network.

Special Pops experience includes being a parent to a Special Pops Tennis athlete, Tyler Luciani. His experience has been wonderfully positive for himself and our family.

Nancie NoltonWebsite / Technology
Business Nancie is a web developer for OptML Inc. and does work for several non-profits. Keeps busy raising 3 daughters and is an active member in P.E.O and other charities. Nancie has an MFA in Design from Iowa State University, an MBA in Computer Programming and Graphic Design from Pratt Institute of Technology.

Special Pops Elected to Special Pops Tennis Board of Directors in October 2015, Nancie serves as the current website developer / photographer. She began volunteering with Special Pops Tennis programs in 2010 with her three daughters who have enjoyed helping out with SPUD and the Fall Classic for many years. She is active in ALTA and USTA and is overseeing the Medlock Bridge and Standard Club training sites.

Tammy KochTreasurer/Regulatory Compliance
Business Tammy’s personal motto is “A little progress each day adds up to big results.” One life lesson Tammy learned is the only thing constant is change. She’s also learned kindness and empathy go a long way when working with clients. (And people in general!)

For over 31 years, Tammy worked for ADP. She started as a Client Service Specialist and then took on more responsibilities as a Customer Service Manager. Most of her career she was a Technical Support Specialist providing payroll solutions for clients.

Her past volunteer experience includes PTA Co-President at Abbott’s Hill Elementary School and the Athletic Booster Club Treasurer at Chattahoochee High School. Besides serving as SPT Board Member and Treasurer, she also volunteers at The Atlanta Humane Society 2-3 days a week.

Special Pops Tammy was introduced to Special Pops Tennis by a friend. Her husband then volunteered for SPT. Once she learned more, she joined the Special Tennis Pops Board in February 2020. Her husband’s uncle had Down’s syndrome and their nephew is on the autism spectrum. Giving back to special population causes is important and personal to them.

Tammy has played tennis for 30 years and absolutely loves it. She is regularly on both ALTA and USTA Teams as well as playing on T2Tennis and Ultimate Leagues.

She is an alumna of The University of Georgia earning a Bachelor of Business Administration degree majoring in Finance.

Judy MapstoneSecretary/Grants
Business Judy has spent a lifetime serving, even off the court. Her main career was in the field of nursing, working as a labor and delivery registered nurse after nursing school before becoming the operations director for a medical review company and a sales representative in medical sales. After her retirement in 2016, her hobbies and interests have more than filled her golden years with joy and meaning.

Special Pops Judith, or Judy, as she is known to friends and family, is no stranger to Special Pops Tennis. In 2018 she began her second term on the SPT board. In 2005, she became a founding member of the program. She brought her love of tennis to a population in need of activity and opportunity. She loves to see how tennis has enriched the lives of SPT Athletes over the years.

Outside of playing tennis for almost 50 years, she has not been shy about taking on leadership roles in the community in pursuit of her passion. Leadership positions Judy has held in the past include ALTA Foundation President and member of the ALTA Board of Directors. Judy currently serves as the USTA Atlanta 18 and Over Weekday Women Program Director, USTA Atlanta Nominating Committee member and is Summit Chase Country Club Tennis Association President.

She is an active volunteer with other organizations, spends time with her friends, dotes on her two children and five grandchildren, and bakes up a storm. Whether she is on the road to the beach, visiting her family near or far, mixing things up in the kitchen, or swinging a racket on the court, Judy brings her joie de vivre, can-do attitude, compassionate soul, and beautiful smile to everything she does.

Jane (Reid) SylvesterMarketing/Branding
Business Jane is an executive level business leader with 20+ years of experience managing large sales opportunities, improving customer experiences and scaling companies to operationally meet revenue and profitability goals.
Jane has long been inspired by Zig Ziglar who said, “Success occurs when opportunity meets preparation.” Other words of encouragement which guide her daily life are from Vince Dooley, former head football coach and athletic director at the University of Georgia, “Be prepared for luck. You can’t control the results, but you can control the process.”

Special Pops Tennis Jane joined the SPT Board in March of 2018 to help others and continue her lifelong love of tennis. She believes there is nothing like seeing the joy on the faces of SPT Athletes when they feel included, important and when they feel like a champion through tennis.
The annual Fall Classic especially fills her heart as SPT Athletes put their hard work and determination into the friendly competition. Jane believes in the SPT mission as a wonderful organization for both SPT Athletes and volunteers of all ages. Her young sons were Fall Classic ball boys who experienced helping others shine which changed their lives for the better. Jane is forever grateful to Patrick Lynch for introducing her to SPT.
Jane also serves as a Love Serving Autism Board Member since 2019. She is also a Golf for Kids Board Member and serves on the annual golf tournament committee benefitting CHOA. Jane has been a long time Roswell Friends of CHOA volunteer.
While earning her Bachelor of Science in Education and Public Health at the University of Georgia, Jane played on the UGA Women’s Tennis Team for four years. She earned numerous awards and honors as a collegiate athlete.

Chelsea MarelleCommunications
Business After 5 memorable years in the classroom as a special education teacher, I resigned to focus my attention on being a new mom and earning my PhD from Georgia State in Education of Children with Exceptionalities. I have a master’s degree in Special Education from Vanderbilt University and bachelor’s degree from Valdosta State University in Early Childhood Education. I was a cheerleader at both schools, so I specialize in bringing a lot of energy and excitement to everything I do. While teaching, I created a teacher Instagram account, @mrs_specialeducation, to connect with other special education teachers around the world, share my passion and inspiration for teaching students with varying ability levels, and provided a platform to communicate effectively with my community in order to foster support for my students. After 4 years, @mrs_specialeducation has gained about 11,000 followers and received many classroom donations that were only made possible through effective communication and willing community members.

Special Pops Tennis I became involved with Special Pops Tennis while living in Arkansas, where Jim trained a handful of volunteers who were encouraged to start tennis in the Special Olympics for Arkansas. After moving back to Atlanta, I took the first opportunity I could to get involved in Special Pops by captaining a SPUD league team. I have volunteered at multiple events as a unified partner, “mic woman”, hype man, or anything that is asked of me. 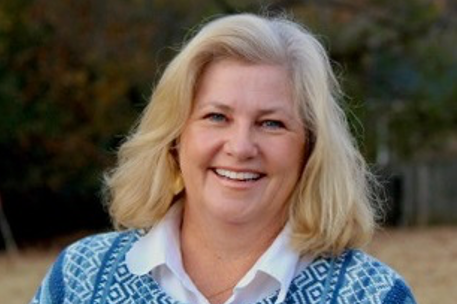 Courtney Hendrix Special Events
Business The majority of Courtney’s professional life has been in event marketing. She started her career at Universal Studios Florida. She also worked for the Atlanta Knights, the Atlanta Committee for the Olympic Games and Zoo Atlanta.

Courtney enjoys bringing the vision of a special event to life for people. She has learned that passion is the key to successful events. Using her passion and evoking passion in others are her goals for every event.

Remaining active and involved in her community, Courtney also serves in several capacities at Immaculate Heart of Mary and St. Pius X High School. She hosts a tennis round robin as an athletics fundraiser, acts as a Parent Ambassador and is the chair of school blood drives. She also volunteers at LifeLine Animal Project and Skyland United Food Bank. Courtney has previously served on school boards and her local swim/tennis club board.

Special Pops Tennis Serving as a Special Pops board member is a perfect fit for both Courtney’s passion and experience. As a board member, she embraces the mission of Special Pops and is grateful for the opportunity to support the Athletes and their families. For her, it is pure joy to combine her love of tennis (a self-professed addict) while making new friends.
One of Courtney’s favorite mottos is “Sometimes you win, sometimes you learn.” While she has a strong competitive nature, experiencing team camaraderie is very fulfilling for her, too. She knows we all have something to learn from each other and welcomes the chance to create lasting relationships with our Athletes and volunteers alike.