Laura Ferrer, mother of SPT Athlete Allison Ferrer, says “Our family had the honor to attend the USTA Southern Section Awards Luncheon honoring 2019 Sectional Award winners. Allison, Jim Hamm, Rex Maynard, and Jack Barker were in attendance to receive the award for the category Special Tennis Event of the Year recognizing the SPUD Championships held in Belton, SC during June 2019. Allison gave a speech thanking USTA Southern Section and the community of Belton, SC for the award and for providing an awesome fun filled tournament that many of our Special Pops Tennis athletes attend. Allison was given the only standing ovation at the awards. We were so proud of her.” 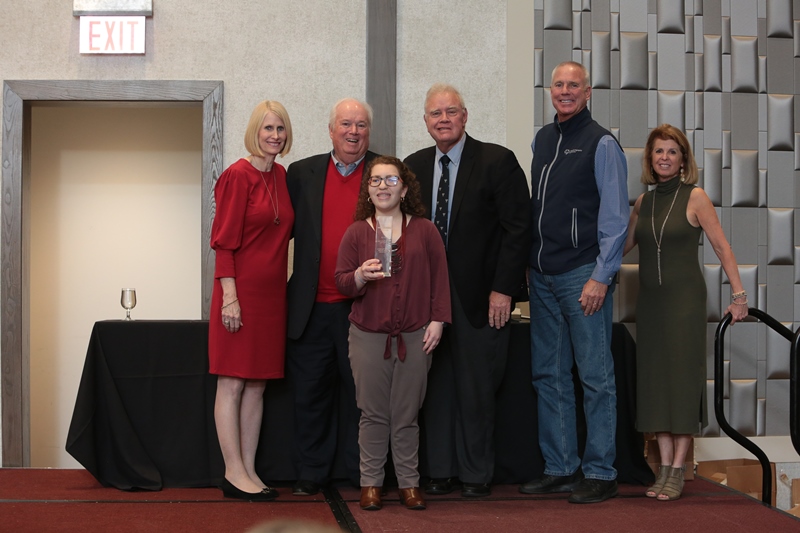