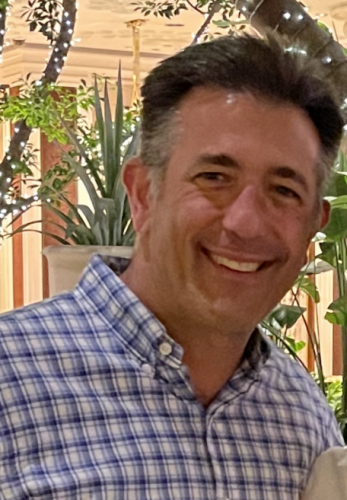 Jason has spent his entire career in television production and creative marketing. He worked at CNN for 20 years, first in the sports department where he edited game highlights and story packages. He then moved into the marketing and on-air promotion department for news where he conceptualized, wrote and produced marketing and promotional campaigns. Eventually, he led their integrated promotion efforts and was responsible for the creation, implementation and execution of promotion and sponsorships within CNN programs. Currently, Jason is a freelance contractor working on projects in digital marketing, corporate video and local television.

Jason believes genuine relationships are everything. “They facilitate trust, empathy, collaboration, and productivity,” he shared.

Jason graduated from Penn State with a Bachelor of Arts in Communications and Television Production. He went on to earn an MBA in Marketing from Georgia State University.

In the past, Jason has volunteered with the Georgia Radio Reading Service, the Crohn’s and Colitis Foundation and the Alzheimer’s Association. He has also volunteered countless hours over the years at The Galloway School where his daughter attends. He serves as a new family ambassador, parent coach and in the Development Office.

Jason joined the board in January 2022. He became aware of Special Pops Tennis through his daughter’s involvement as an on-court “training athlete” volunteer since 2019. Jason played on his high school’s tennis team in suburban Philadelphia and continues to play recreationally.